Tarzan, of the Apes

An original oil painting of the famous jungle character created by Edgar Rice Burroughs. Originally for the “Enchanted Brush” exhibit at the Mazza Museum, Findlay, Ohio. This image was awarded a Silver medal for the Gallery category in; Society of Illustrators LA 55. The image also appears in the unpublished category for Spectrum 24. 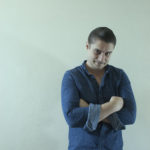