Write a Song, Get It Down

An homage to lepidopterology, this painting speaks to the beauty of the natural world and dimensions beyond.
The title comes from the song Butterfly, by Grimes.
Product Height: 11"
Product Width: 14" 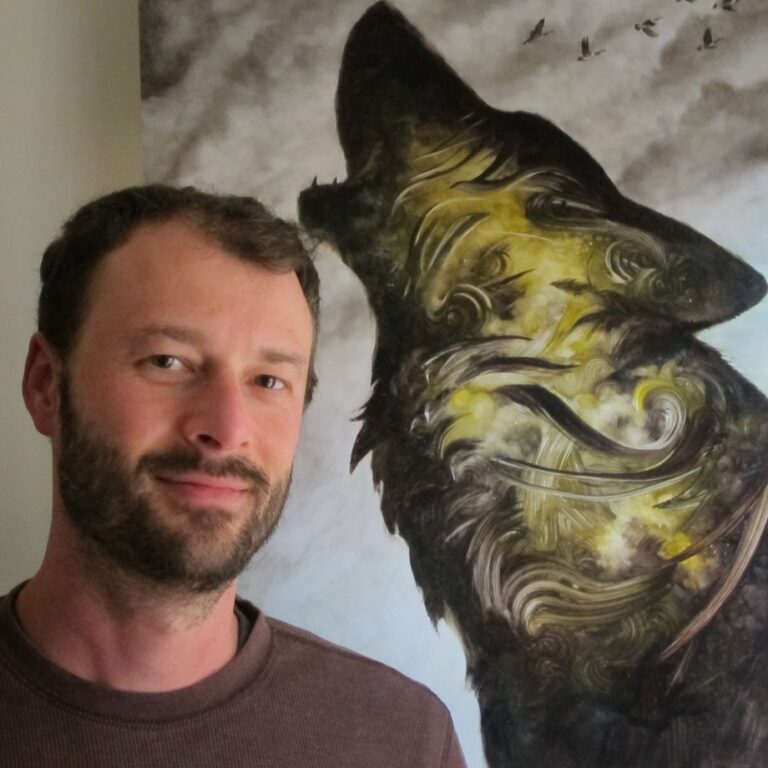 Adam S Doyle's paintings exhibit in cities where he's lived, including New York City, Los Angeles, and Hong Kong. His narratives explore themes of nature, science, human potential, coexistence, energy, mythology, and realms yet to be explored. He loves books and creating cover artwork, which he's done with the likes of Scholastic, Simon & Schuster, Tor and more, as well as several children's books. He regularly contributes to card games such as Netrunner and Arkham Horror. Adam always enjoys interesting collaborations, which have been film productions, bands, theaters, podcasts, liquor bottles, media companies, activists, food trucks, escape rooms, and bookstores. His images can also be found on bodies, as fans have demonstrated, they make striking tattoos.