Justinian I, also known as Justinian the Great, was emperor of Byzantium (the Eastern Roman Empire) from 527-565. He presided over the last great expansion of the Byzantine Empire — his generals reconquered much of the old empire’s territory on the Mediterranean, including, crucially, Italy and Rome, which had been under the control of the Ostrogoths for fifty some-odd years.

It can be tempting to look at Justinian’s conquests as a restoration of sorts — The Great Empire Lives Again! But the people who lived in Italy since the fall of the Western Roman Empire had been living more or less prosperous lives under their Ostrogothic kings, and Justinian’s wars to take back Italy ended up devastating Italy, reducing it to an impoverished backwater for centuries. To the average peasant, it hadn’t mattered who was in charge, until some people in power who lived far away decided they wanted to paint the map. It is estimated that hundreds of thousands, maybe even millions of people died. Only a few years after Italy was fully under Byzantine control, the Bubonic Plague (in an outbreak now known as the Plague of Justinian) killed even more people across Byzantium, weakening the empire enough that Italy fell to the Lombards only a few decades later. So all of those people died for essentially nothing. The empire never held Italy again.

This is all to say that wars of conquest are terrible and stupid and tragic, and while each has been different across the millennia, the outcome for the overwhelming majority of people is often the same: suffering and death. 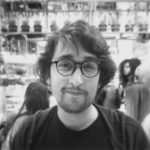 Danny Schwartz is an illustrator, painter, and character designer living and working in Brooklyn, New York.

Other ways to support my work:
Print Shop: https://www.inprnt.com/gallery/dannyschwartzart/