12×12 tondo, hanging wire added to the back, ready for hanging display.
Oil Paint on stretched canvas, and is sealed with Gamvar varnish.

Poison Ivy (Dr. Pamela Lillian Isley) is a character appearing in comic books published by DC Comics, commonly in Batman stories. Ivy is empowered by the interplanetary force known as the Green. She identifies herself as nature’s daughter and the rightful ruler of the world. She is one of Batman’s most enduring enemies, belonging to the collective of adversaries who make up Batman’s rogues gallery. She was originally characterized as a super-villain, but she has periodically been depicted as an antiheroine as well. 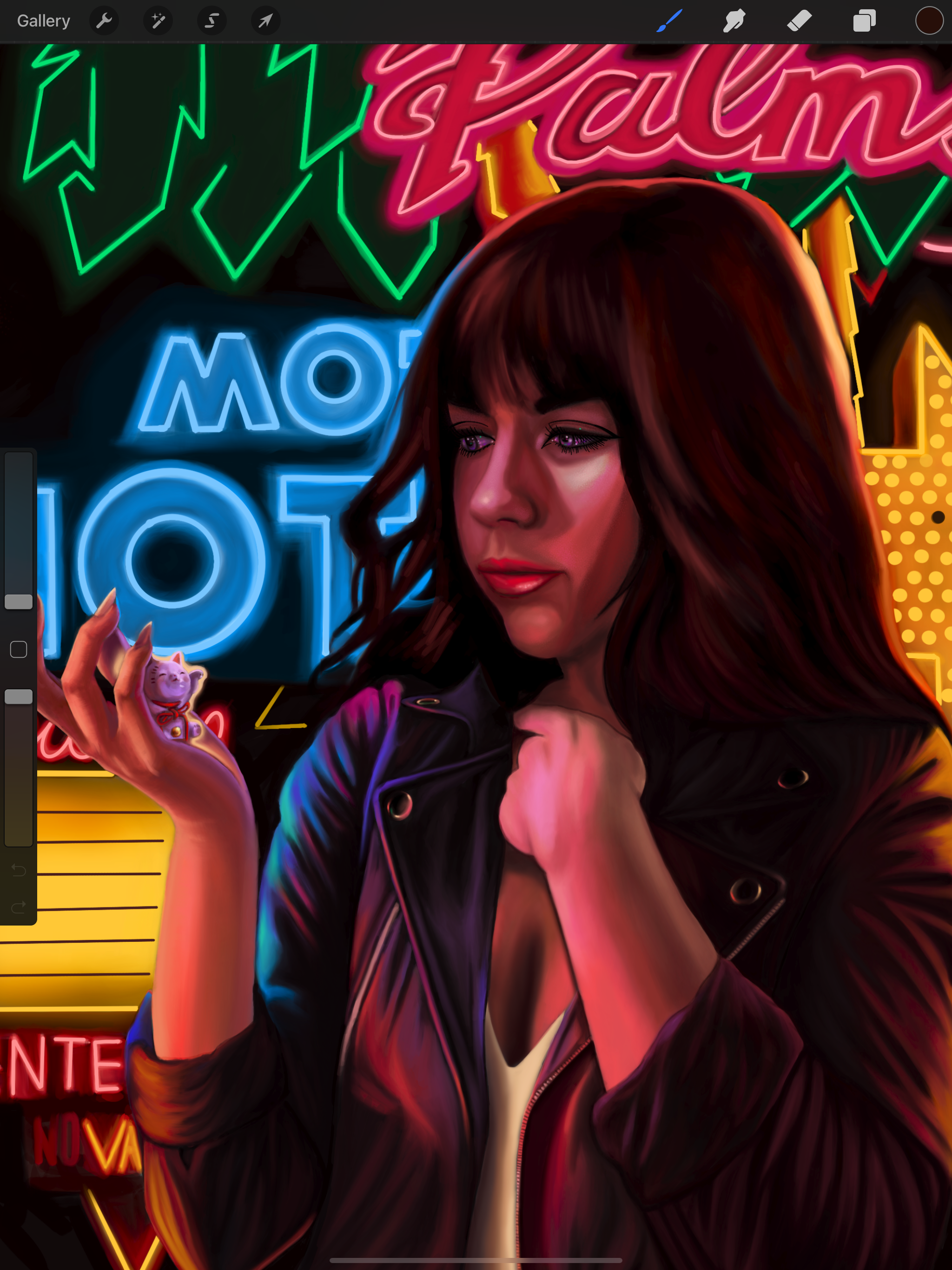 Painter and Illustrator from the SF Bay Area. Primarily working in oils and focusing on portraits and figurative work. Published in several magazines and in 2018, "The Art of Being Bill" a coffee table art book collection dedicated to the actor Bill Murray. Exhibited at the De Young Museum in San Francisco in 2020 for their first Open Exhibition as well as other SF based galleries: Mirus Gallery, 111 Minna, Modern Eden and Studio Gallery.