In Greek mythology, Pegaea is a water nymph known to inhabit a sanctuary near a spring flowing into the river Cytherus. Pegaea is one of the Ionides sisterhood of water nymphs who are known to bring healing powers to the world, curing all disease.

In my work entitled, Pegaea at Twilight, the water fairy is transitioning at twilight, where a soft red glow radiates the deep blue sky and the sun begins to set below the horizon. A place between the worlds of darkness and light, twilight symbolizes the completion of one journey and the rise of another. 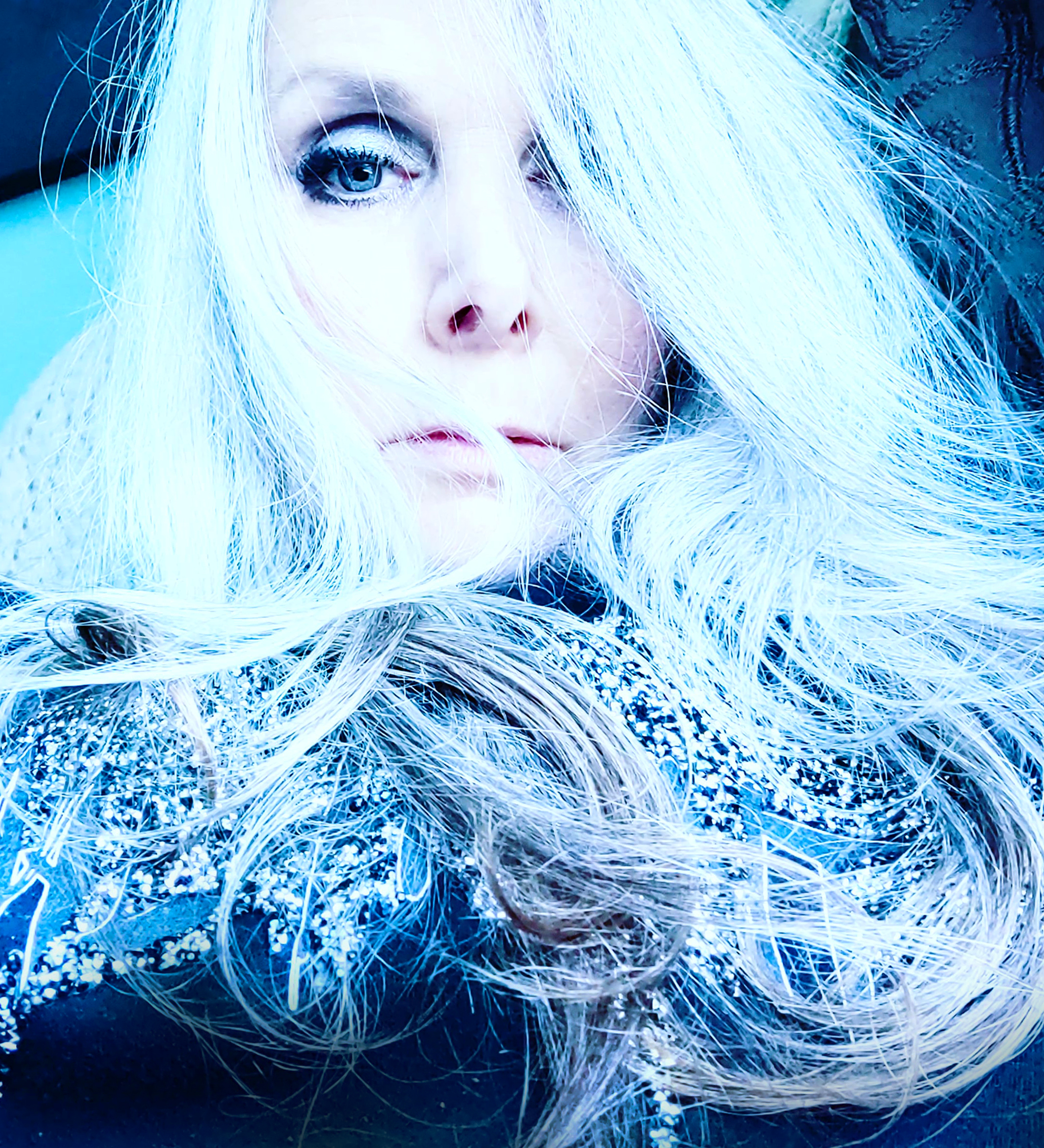 The visually-compelling, imaginative works of artist and author Lisa L. Cyr use symbolism, metaphor and allegory to stimulate curiosity, provoke thought and encourage further inspection. A poetic, rhythmic synthesis of drawing, painting, collage and assemblage, Cyr's visually tactile, mixed-media works are composed to collectively create a new reality with a more expressive and symbolic arrangement, transforming the ordinary to the extraordinary.

In Cyr’s world of the fantastic, the viewer is shown a portal into a highly imaginative, mystical realm where supernatural beings, winged guardians and underworld deities coalesce in magical, multilayered environments and dreamscapes. Within the artist’s personal narration, visual tales of quests to worlds unknown evoke transcendental experiences for those who are willing to enter into the pictorial drama. Through the multilayered narrative, we journey to a world beyond, where the awakened subconscious leaves the viewer spellbound and wanting more.

A graduate from The Massachusetts College of Art (BFA) and Syracuse University (MA), Cyr's artistic oeuvre has been exhibited in museums and galleries, including traveling shows with the Society of Illustrators of New York and Los Angeles. Her work has been featured in magazines, books and online, including numerous features in Spectrum: The Best in Contemporary Fantastic Art, Infected by Art, AcrylicWorks: The Best in Acrylic Painting and Incite: The Best in Mixed Media. Her work is included in the permanent collection of the Museum of American Illustration in New York City as well as in private collections.